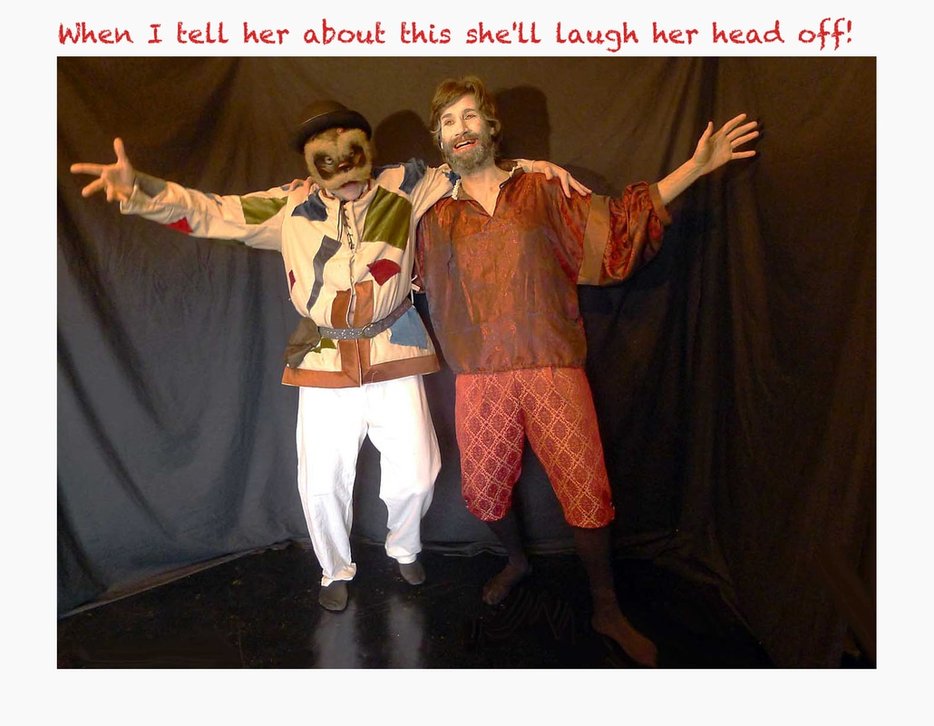 ​We first met in early 2015 when Howard gave a Commedia workshop for Peter's previous company, Abyss Theatre. We found an immediate artistic connection between our two forms of theatre: verse drama and Commedia Dell 'Arte. We discussed the crossover points of the two forms - their powerful effects on actor and audience alike - and how they were linked historically, from ancient Greek dramas and through the Elizabethan era.

From these talks came the idea for a new play, SORRY ABOUT THE POETRY. As we began the process of research and development and fund-raising for the show, Peter had the idea of working together on one of his poems, EGIL. He had been performing it in a new style that he was calling Poetry Performance. This became our first show, developed with the help of Dartington Hall Estate as part of Peter's residency there. It premiered in early November 2016 at the Bike Shed in Exeter to a four-and-a-half star review.

In the same month, Howard was teaching Commedia to second-year drama students at the prestigious East 15 in London. Peter came to take part, experimenting with combining his verse writing with Howard's Commedia interpretation. We were very pleased to find that the two styles complimented each other very well, and found that the students relished the text.

We aim to create two new styles of modern theatre: Verse in Commedia, and Poetry Performance, which have their roots in old theatre traditions, but are firmly planted in the present day. Columbina Theatre is in many ways a research project as well as a performance company, and we would love you to join us on this journey of discovery.